Yesterday my brother and his wife welcomed their third child into the world, Daniel Joseph Garges at 11:45am! Congratulations! Mom and baby are doing well and his older sisters adore him. We went to the hospital last night and Autumn and Joshua were excited to meet him and hold him. Poor guy is going to have a lot of "help" poking at him at Christmas! 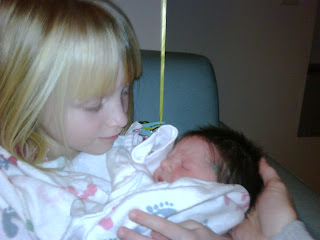 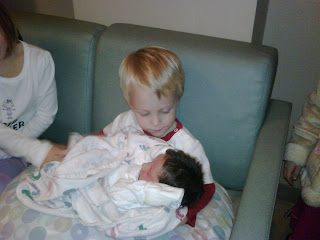 Then we got home to news that Carolyn and Mike welcomed Tessa, a 9 month old foster child into their home. I don't have pictures on this computer, but she's a cutie....curly dark hair! Brooke is just loving having a little sister to "show the ropes" to! 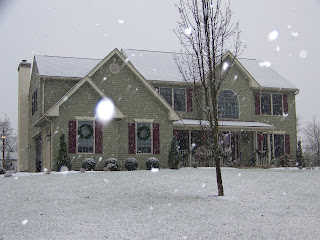 We had our first snowfall of the year last Saturday. The kids were itching to get outside so we bundled them up and headed out. Joshua had so much fun sledding down our little mound in the back, all by himself... By the time he was half way down all I could hear was "do it again, do it again"!! Then we built a snowman, first one I can remember! It was nice to come in and warm up next to the fire. 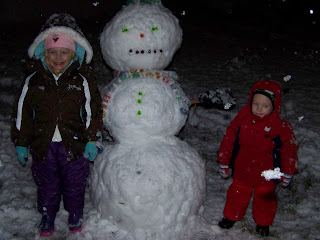 Last weekend was the last cyclocross race of the year. We got my race in just as the snow was starting, but it did get nasty out there for the later races. The fields were relatively small, the course was awesome and we had a blast. There were a lot of off camber turns, a cool pavement section, a steep dirt run up and a set of concrete steps that we had to run up. We even went through a pavillion! I got a great start and won the Cat 4 race, up to Cat 3 now! I also ended up winning the PA Cyclocross Series in Cat 4! I can't believe I have to wait until late Sept. 2010 to race again. Time to get training for Tampa and Boston, hope I remember how to run! 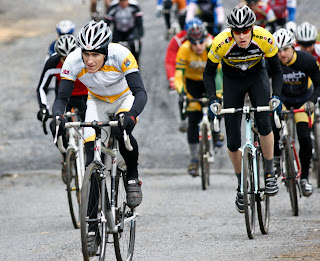 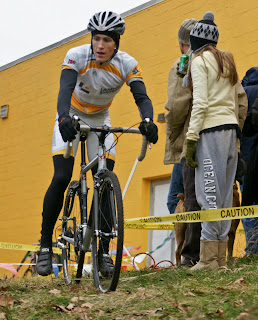 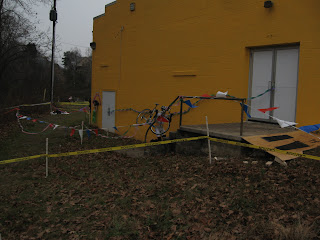 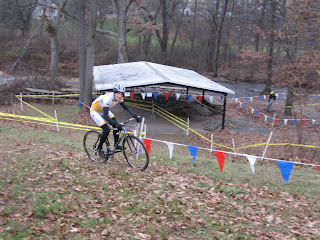 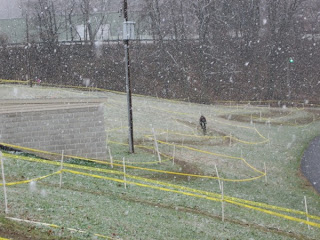