This week has gone so quickly. I really wanted to put something together to document the incredible weekend we had in New York. Not only did the race live up to the hype, but our weekend with Doug and Nicole (Nicole is Lauren's cousin) was incredible. 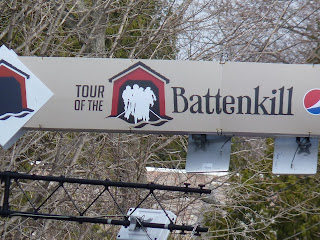 We arrived after a surprisingly quick 4:15 trip on Friday night. The kids were hilarious, we didn't even make it 30 miles and they were asking if we were there yet. They were so excited! We pulled in around 8:30 and spent the next couple of hours catching up then off to bed. 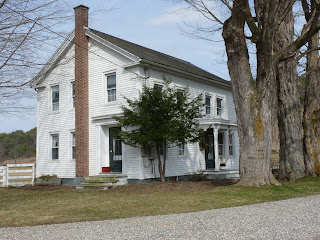 They live on a 90+ acre farm which is about 2.5 miles from the ToB course. The scenery and views in this part of the state are awesome. We were only about 5 miles from the Vermont border. There was still some snow piles hanging around as well. 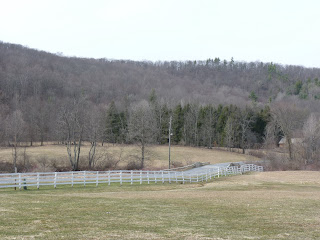 When we woke up on Saturday AM, Joshua looked out the window, and in amazement said "Daddy, come here...look we can see forever"!! 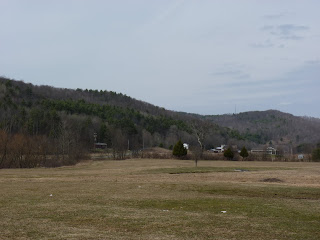 The farm had a stream, a pond, several barns and Autumn's favorite....chickens! She was the official egg gatherer for the weekend. Needless to say, we brought home two dozen fresh organic eggs!! 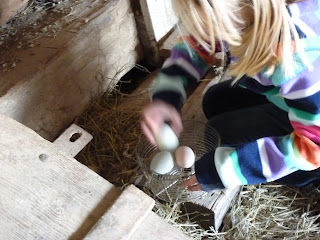 Joshua was excited to find Doug's race car in the barn. He was in heaven when Doug fired it up and drove it up and down the driveway with him in it. I was wishing I could take it for a ride down the road! 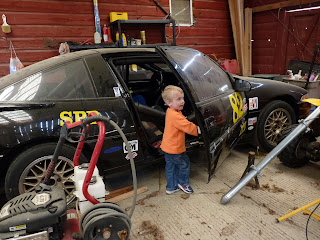 The weather was incredible and the kids spent the majority of the time outside playing, exploring and being kids. The way it should be! 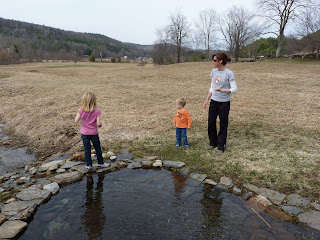 We had no real plans. The race was on Sunday so Saturday was open. The girls and kids went to visit an Alpaca farm. 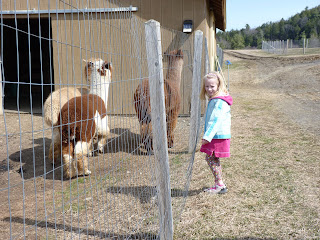 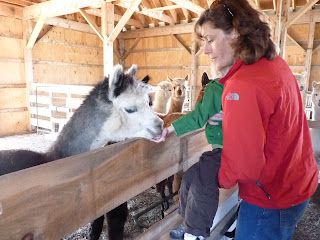 And Doug and I hit the road with his neighbor Van for 75 minutes or so. We checked out a couple of portions of the course including a new section for this year which was dirt and had just been graded by the Town which meant some loose gravel. It wasn't too bad. 75 minutes later we returned and Lauren and Nicole headed out for a run.

Doug and I watched the kids and got our stuff ready for the race on Sunday. When the girls got back we headed down to Cambridge to get our numbers and check out a few more sections of the course. This year most of the +/- 20mi of dirt roads were in good shape, meaning they were hard packed and had a reasonable amount of potholes. This would make for a faster race (for some people).

We had a great dinner and headed down to the Battenkill Valley Creamery for some Ice Cream...from the cow to the cone!. We loaded up the gear and hit the sack. Doug's race started at 9am, mine 9:30. The forecast was showing that the predicted showers would hold off, but the start temps would be high 30's and finish in the high 40's w/ overcast skies. Not sure what happened to the forecast, but we awoke to clear skies and by race time the temps were in the 50's w/ sun. I had a vest over my normal kit and some arm warmers. The race was self supported, which meant the standard 2 water bottles likely wouldn't cut it especially considering the warmer weather. The plan was to keep a bottle in the vest/jersey, drink that first and toss it in the field to pick it up on the way home. I also had a cut up Clif bar and a flask of First Endurance Liquid Shot.

This being my first road race, that I had a pretty full training week leading up to the race and that I hadn't put the hard efforts into my riding training I had no idea where I stood. I raced the 30+ Category 1-4 which was full (150 riders) and had some talented riders in it (and four of my Lamprey teammates). My goal was to stick w/ the pack as long as I could.

As we rolled off, the scenery was incredible. There was still a lot of Maple Syrup collection going on as evidenced by the set up seen below. 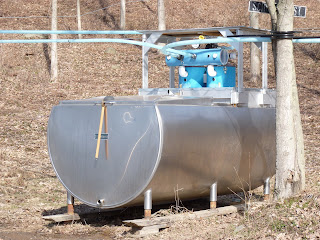 I wanted to stay close to the front of the pack so I could see danger up ahead if that was the case. The race started off surprisingly slow, but by mile 5 I had already slid my arm warmers down, it was getting hot! I stuck w/ the group as we hit the second big climb (Juniper Swamp). I knew Lauren and the kids would be there and it was exciting to see them cheering for me. Joshua found a nice cozy spot to spectate (below). 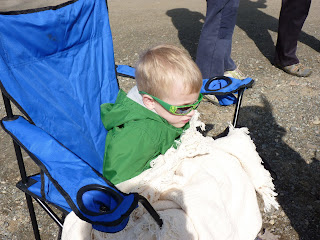 Here's a great shot of the group beginning the ascent. I'm toward the bottom of the photo in the center of the pack. 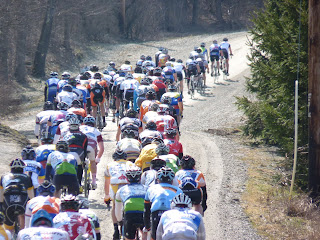 I stuck w/ the pack up the climb, reached for a bottle as we crested and all the sudden they were gone! I was unhitched on the descent. I tried to chase, but couldn't hop back on. It was about 20 mi into the race at this point, I found a few guys and we tried to ride together.

A few miles later we came to Joe Bean road. The second climb that Lauren and the kids were cheering from. It's a long asphalt climb that "steps" it's way up up up. I was smiling, still pushing but enjoying the beautiful day we had been given. 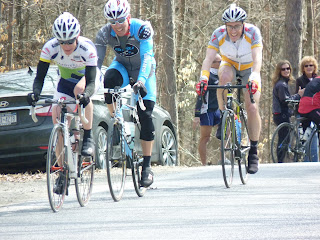 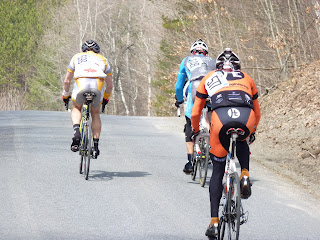 As the race wore on I would catch people who had blown themselves up trying to stay w/the group. I was overheating on some of the climbs so I would unzip my vest / jersey. I never cramped up but did get a sore back and foot (from my carbon soled shoes on the rough terrain). As we hit Meetinghouse Road (nearly 50 miles in) I was starting to feel the effects of the heat. 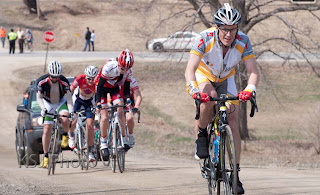 I focused on getting my nutrition in me and staying hydrated. My body came back around and I was able to push a little harder. The last few miles were awesome and I was excited to be finishing up. I cross the line solo, 3:20 riding time, 19.25 mph average. The total elevation gain was 4800-4900'. I finished 84th out of the field of 150. I was very pleased with the day, the fun I had and everything I learned.

Turned out that Doug had a great race. He finished in the pack but got squeezed out of the sprint. 18th overall in his field. Lamprey had a great race as well with a few top 10's and top 20's. 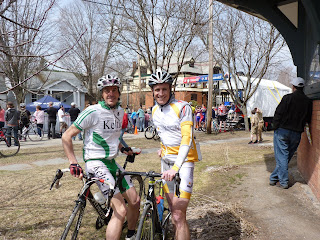 Getting ready to head home. Finish line festivities in the background.
We headed back to Doug's to shower up and pack. On the way back we stopped to cheer Doug's neighbor (Van) on in the 60+ race. He would go on to finish top 15!

The kids (and us) really didn't want to leave. They were so tired from such a busy weekend. We stopped at the Creamery on the way home for some ice cream and chocolate milk. The kids fell asleep in no time and Lauren and I had a quiet, quick ride home. We had a great weekend and we're so thankful for Doug and Nicole's hospitality.

Next up is Boston. I'm going to drive up on Sunday and meet the group. The name of the game this week has been recovery. I'm excited to head up, mosey around the expo and toe the line on Patriots Day.
Posted by Chris