Where do I begin?  To start I read through last year's race report and it brought on the chills.  My mind has tuned out much of last year's race and filled it with the memories of what happened after my race was done.  It's a day I'll never forget.  One thing is for sure, this year's race will be unlike any other of the last 9 trips I've made to Hopkinton.  Different in many ways.  I'm excited that the whole family is going (and that Lauren will be running her 3rd Boston Marathon).  Excited to have some extra "leisure" time in Boston since we're headed up tomorrow (Friday) morning.  And oh yeah I have a race to run and I haven't really mentally processed that race yet.

This year's training cycle has been on like no other.  I started my build up back in December and I've had a great run of consistent mileage since the beginning of 2014. We had such a harsh winter this year and that really killed one aspect of my training: formal workouts.  With single digit temps and snow covered roads it was impossible to consistently get any form of workouts in.  On top of that I'm running the Big Sur marathon a short 6 days after Boston so my focus was more on getting a good mileage base than it was running fast at either of those two marathons.

Here's how my training stacks up to the last few year's worth of training cycles:

What is interesting about the above chart is how consistent my total training hours has been over the last four years.  What is also interesting is that my "lack of workouts" in the training cycle has led to a completely injury free training session.  As a friend of mine likes to say "speed kills" and I'm a believer!

So, what are my goals?  Well, priority number 1 is to take in all the sights and honor the victims of the attack.  Priority number 2 is to come out of it healthy and not too beat up for the Big Sur marathon the following weekend.  And lastly, ideally a sub 2:55 would put me >20min faster than my BQ time.  I'm also pulling for Lauren to have a great time in her 3rd trip from Hopkinton to Boston.

My race plan hasn't varied too much from last year.  This is one of the fastest fields ever assembled so I'll have plenty of people to run with at my pace.  I want to run a controlled first half and a consistent first / second half split.  My race nutrition is dialed in thanks to PowerBar.  You can read more about that in a great post on the Rev3 Triathlon blog.

So, wish me luck! 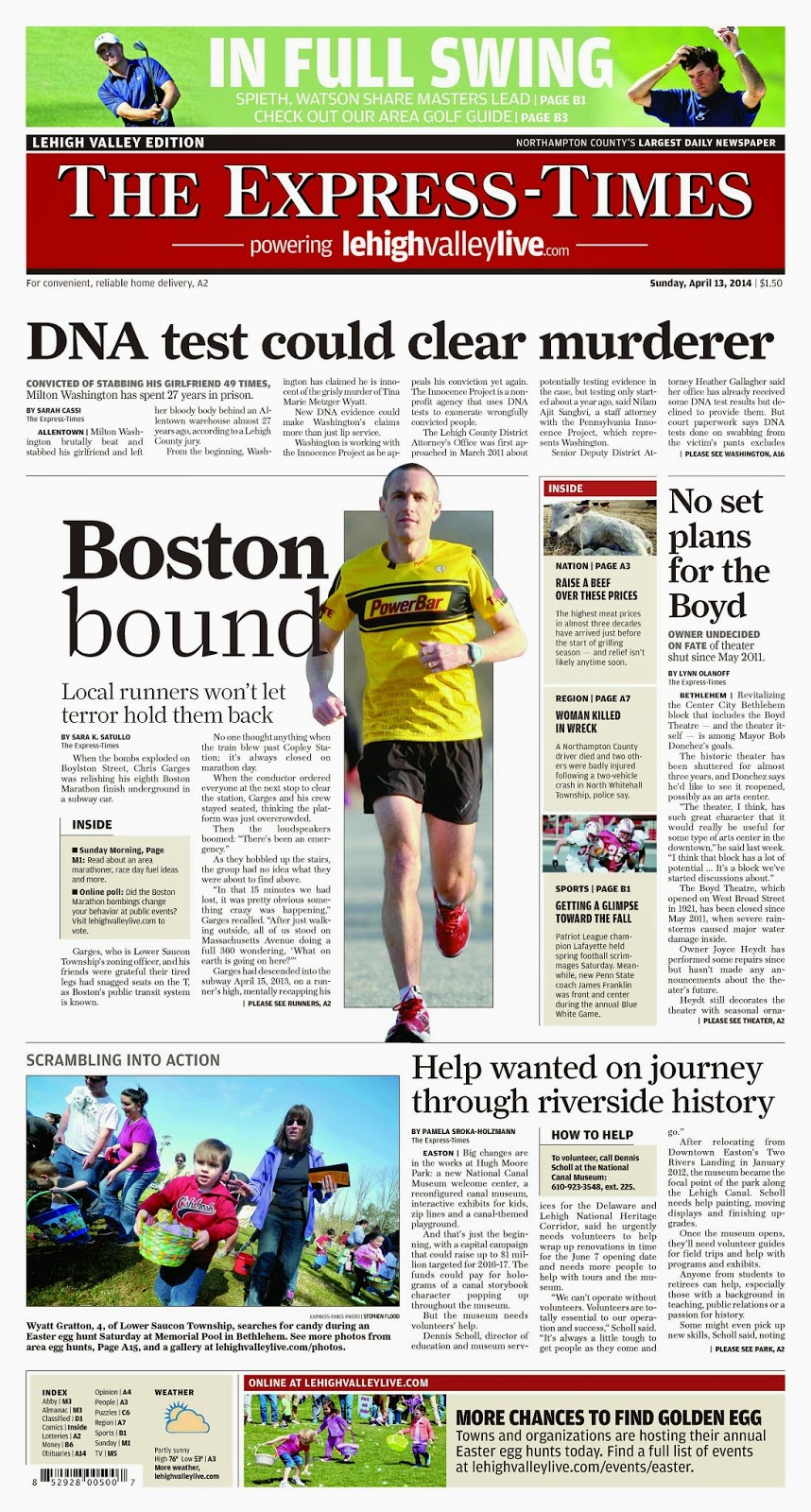